They Left Their Nets Behind 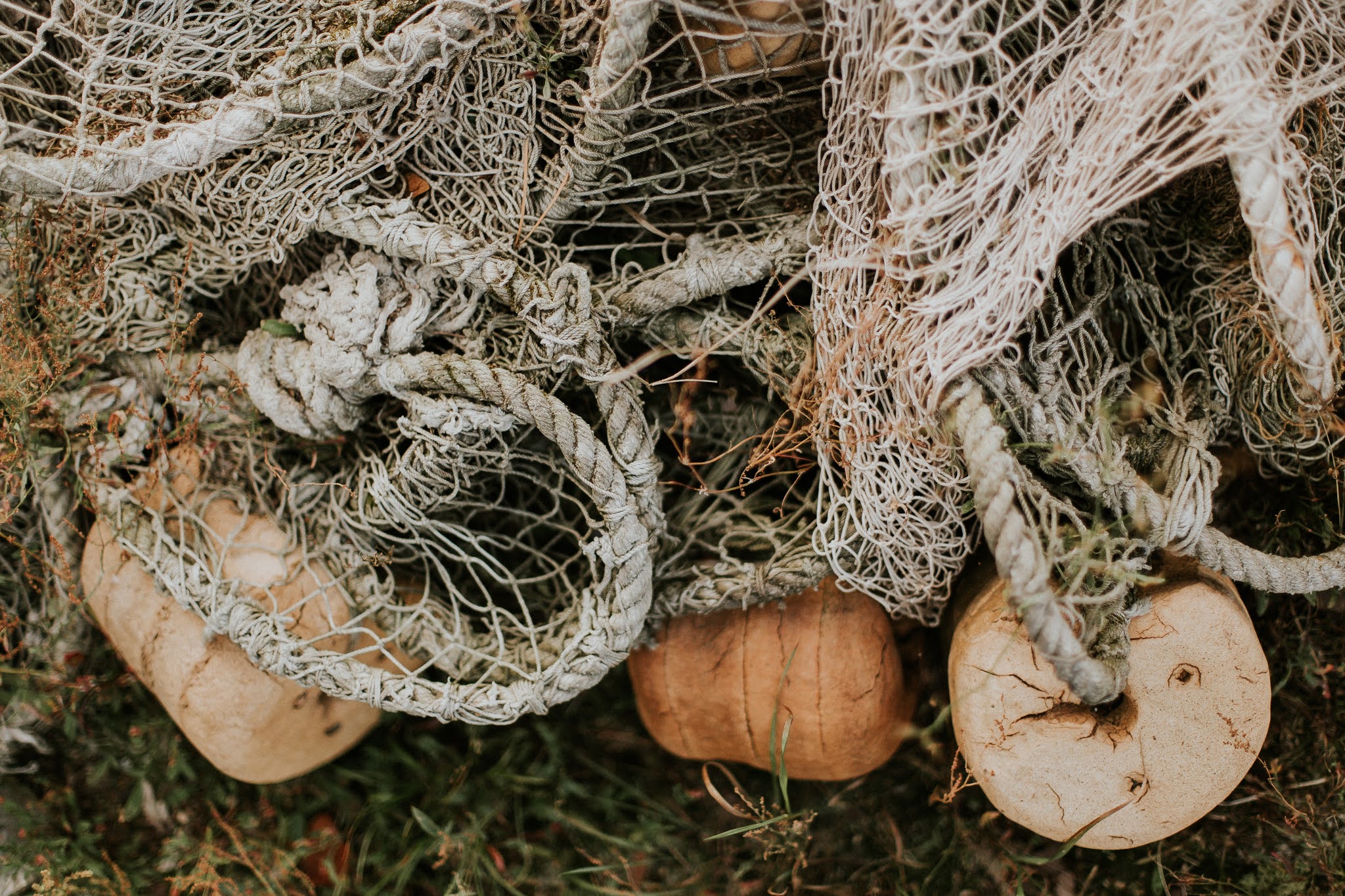 From that time Jesus began to proclaim, “Repent, for the kingdom of heaven has come near.” As he walked by the sea of Galilee, he saw two brothers, Simon, who is called Peter, and Andrew his brother, casting a net into the sea – for they were fishermen. And he said to them, “Follow me, and I will make you fish for people.” Immediately they left their nets and followed him. . . Matthew 4:18-20

Inheritance is the word we use to describe the things, tangible and intangible, that are handed down from generation to generation. I imagine a fishing net, in the time of Christ, was one of those things cast down from father to son. A son didn’t choose to be a fisherman so much as he was caught in the net, entangled in its destiny like his father and his father’s father before him.

I imagine the women in each family – wives, daughters, sisters – mended the nets, perhaps winding linen fibers into rope. Everyone’s hands worked the family nets; everyone’s mouths fed on their harvest. The net, like the sea and the fish in it, stood at the center of life – a mingling of the past and the present, a clear path leading to a predetermined future.

Simon and Andrew’s hands likely bore the mark of their nets. Their faces and hair were shaped by the wind and sun on the Sea of Galilee, and so also their hands would have been calloused and scarred from gathering and tossing the heavy, wet fibers.

Yet when Jesus came, announcing the kingdom of heaven, Simon and Andrew left their nets behind.

It’s almost as though Jesus, walking along the shore, saw them struggling there like a pair of fish tangled with no means of escape. Then, with ten simple words, Jesus cut them free. “Follow me, and I will make you fish for people.”

The possibility of a break with the past emerges.

The door to an unimagined future swings wide open.

They left their nets behind.

The callouses, the scars, would stay to remind them. But, they left their nets behind.

Questions to Carry: What fixed ideas or practices have you blindly inherited? What might you be called to leave behind as you follow Jesus? Ask God to help you discern what no longer serves you well. Listen for Jesus’ own words or invitation to you.