Prayer Loom (a Prayer What??) 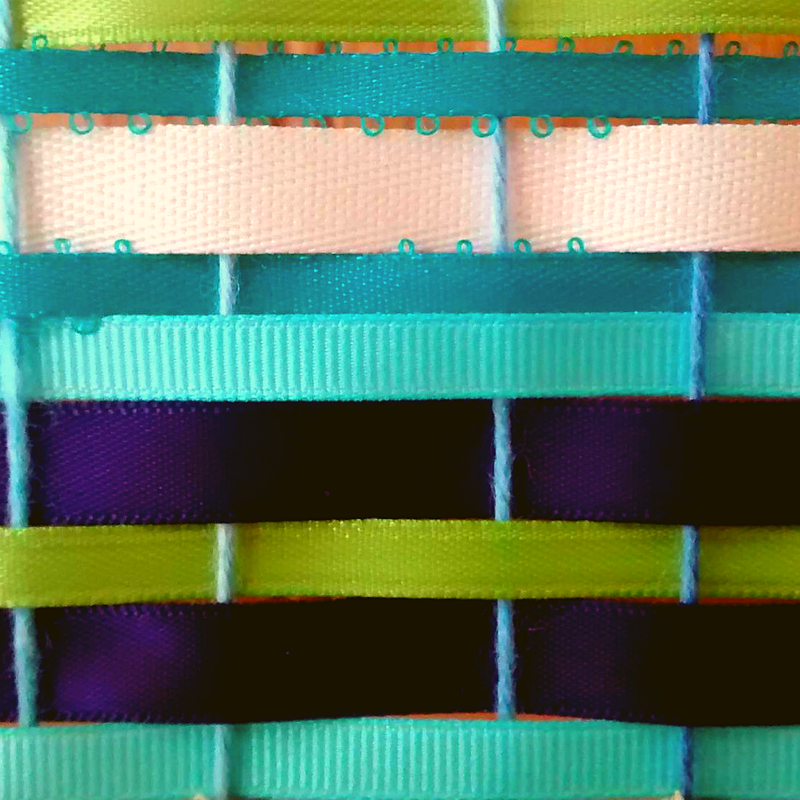 Destiny itself is like a wonderful wide tapestry in which every thread is guided by an unspeakably tender hand, placed beside another thread, and held and carried by a hundred others.

For the past few years, we’ve tried to adopt a family prayer practice during the season of Lent.  By which I mean to say, we’ve engaged in an entirely hit-or-miss time of devotions with our older two kids after the younger ones are in bed.  It’s been good – good to try, good to fail, good to lean into the long waiting season leading to Easter’s joy.

For two years, we used Praying in Color resources, coloring a simple shape to mark each day of Lent (or, let’s be honest, as many days as we remembered).

This year, we’re trying something new: a Prayer Loom.

Several years ago, my Spiritual Director erected a small wooden frame in her meeting space.  At the end of our session, she invited me to weave a strip of fabric onto the frame as a symbol of my prayer for the season of Lent.  I chose a long, thin strip of cloth from a basket of assorted materials and wound it, somewhat awkwardly, on the frame.

That was, as I said, several years ago, and I haven’t seen or returned to the concept since.  But, this winter, the image and memory of that simple prayer practice loomed large and welcoming in the recesses of my mind.

If I had to put words to the practice, I’d say this: a prayer loom gives us an opportunity to pray with our hands and creates a visual representation of our conversations with God.  Weaving together prayers with others (in community) reminds us how our lives and longings are knit together in God.

Last week, I asked my husband to build two small looms – one for church and one for home.  Using old roller-blind-dowels and scraps of plywood, he constructed two simple frames, which I strung with yarn from our craft cabinet.  Then, short on fabric, I bought several spools of ribbon (on sale!) in various colors and cut it into pieces for weaving.  There’s something so good about the feel and sight of those ribbons, especially here in the long, slow slog of winter’s end.

Isaiah, age 7, helped with the ribbon cutting. His involvement was, frankly, annoying.  The scissors were dull and he bobbed and wove on the kitchen stool where he was sitting, bumping into me and nearly nipping me with the blades several times.  But, his involvement piqued his interest and he was the first to use the loom, weaving one, then another prayer through the threads.  Throughout the evening and into the following morning, he kept returning to me to ask, “Mom, can I weave another prayer?”

I made a prayer loom.  Not because I’m super holy or a tremendously amazing mother, but because I need it.  I need the color, I need the texture, I need the visible reminder that our longings toward God are more than ephemeral.  I’m sharing it here, not to make you feel impressed or jealous or shamefully inadequate.  In fact, if this post makes you feel any of those things, move right along.  Life’s too short or that.

I’m sharing it, because it’s one of the things giving me life this season.  I’m sharing because I need it. Maybe you do too? 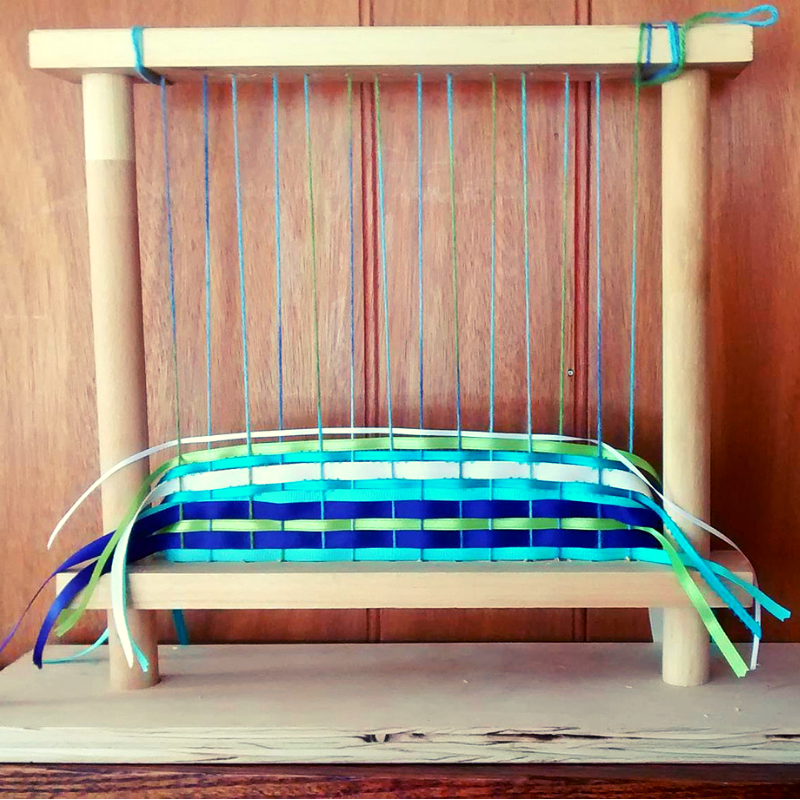 * Local to central PA? Stop by the Grantham Church prayer room to see and use a prayer loom during this Lenten season. (Try saying that, five times fast, “Prayer Room, Prayer Loom.”)

* If you want to make your own loom and don’t have a fabulously-amazing woodworking friend, try googling images of prayer looms.  They don’t need to be free-standing and could be easily made using branches of various sizes, dowels, or even paper. Whatever you do, keep it simple, keep it messy, don’t spend a lot of money on supplies, and leave lots of room for grace.