One Craft, Many Ways: The Gift of Large Families and Writing Retreats 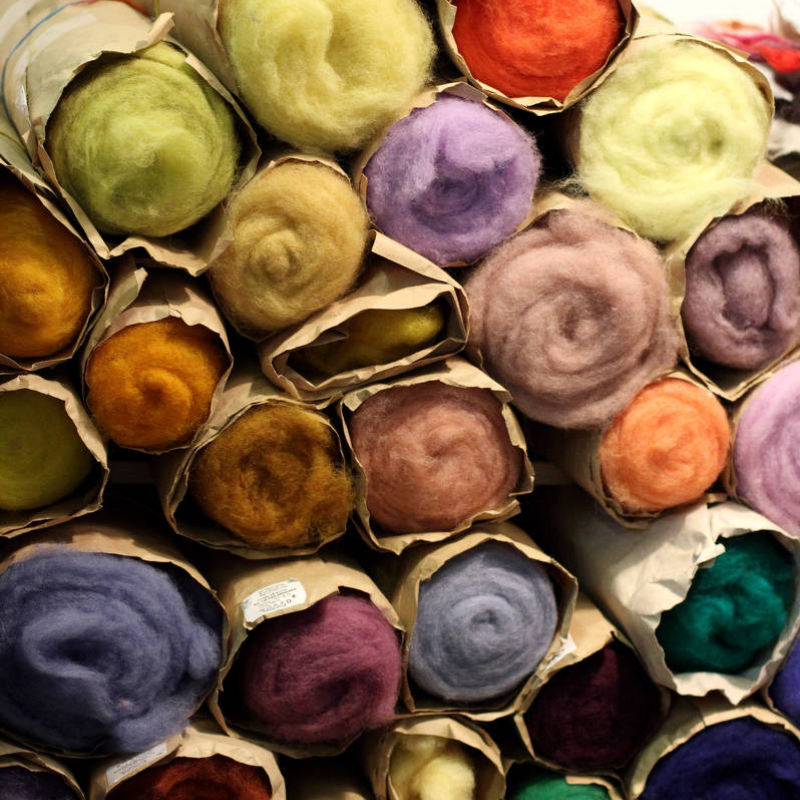 On a recent afternoon, my middle son flew off the bus and in through the front door, driven by an urgent demand.  “Mom!  Mom!  I want to buy a felting kit!  Can I buy a felting kit?” he cried, throwing his coat and backpack to the ground.

“A what?” I asked, while reminding him to hang up his things.

Curious, I pulled out the laptop and sank into a chair.  Isaiah and his brother, Levi, both in second grade, crowded around me, buzzing and bouncing with excitement.  I googled the words, “needle felting kit” and quickly found the set his art teacher recommended.  We placed an order and several days later, the kit arrived in a small cardboard box.

The box was packed with bags of felting wool dyed in shades from black to ruby red, as well as a foam mat, finger guards, and long, deadly-looking, metal needles.  Isaiah pounced on the kit like a hungry lion tearing apart its prey.  Bags of wool exploded in all directions and he dove into a project following the step-by-step instructions included with the kit.

In short time, he completed one, two, then three penguins, repeating the same step-by-step directions.

Levi also ordered a felting kit.  But, being more frugal than his twin brother, he carefully sorted through options on Amazon, pouring over customer reviews, before deciding on a smaller kit that saved him ten dollars.  He was most excited about the plastic toolbox included with his kit, as well as a special pair of dangerous-looking scissors.

Levi’s box arrived a few days later than Isaiah’s and, given the intensity of Isaiah’s progress, Levi felt pressured and behind.  He chose a project and worked doggedly toward its completion, clearly not enjoying it as much as he thought he might.  Within a day, he completed an adorable owl with big blue eyes.  Then, he tucked his tools into the toolbox and placed all the wool and the toolbox into a larger cardboard crate.  This, the storing and saving, pleased him more than the crafting itself.

Finally, my third and oldest son asked if he could try felting.  Isaiah gave him a small amount of white wool and he set about felting haphazardly, without the intensity and stress his brothers displayed.  He made a small, white ball, then added a green dot, which became an eye.  Then, he added a yellow beak, followed by a short, white tail.  He laughed at every new idea, every new addition.  He was playing, improvising, like a jazz musician.

Watching him, I commented to my husband, “His work is so outside-of-the-box.”

My husband said, “I don’t think he even knows there is a “box.””

I watched my boys working at the living room coffee table over a series of several days.  I tended their needle-jab wounds and held wayward pieces of wool in place while fearing for my own fingers’ safety.  I encouraged them when the going was rough and exclaimed over their finished projects.

They were all creating, but each did it in their own way.

The Friday night Open Mic event is one of my favorite parts of the God’s Whisper Writing Retreat.  One-by-one writers of every genre share glimpses of where their words have taken them.  As each writer shares, the variety of voices and styles present works its magic on the group as a whole.  I can almost feel the artists in the room heave a collective sigh as it becomes clear, There’s room for my voice too, for my way of being and creating in the world.  There’s room for me AND you.

Part of the beauty of God’s Whisper Writing Retreat is that it echoes this “large family experience.” Exposure to others, coupled with the space to explore and hone your own abilities, leaves attendees with a clarity about their unique gifts and this clarity produces confidence and enthusiasm.  God’s Whisper Retreat celebrates one craft, honed and practiced in many ways.  Everyone receives the same life-giving message: There’s room for your voice too, for your way of being and creating in the world.  There’s room for me AND you.

Whether you’re a beginner or a seasoned author, there’s room for you at God’s Whisper Writing Retreat – sign up NOW to register at the Early Bird Price which ends April 1st. 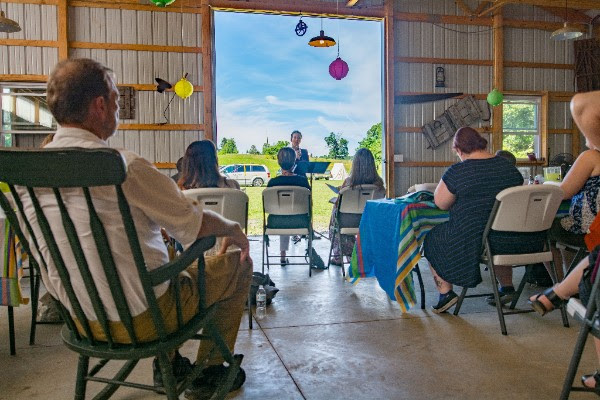