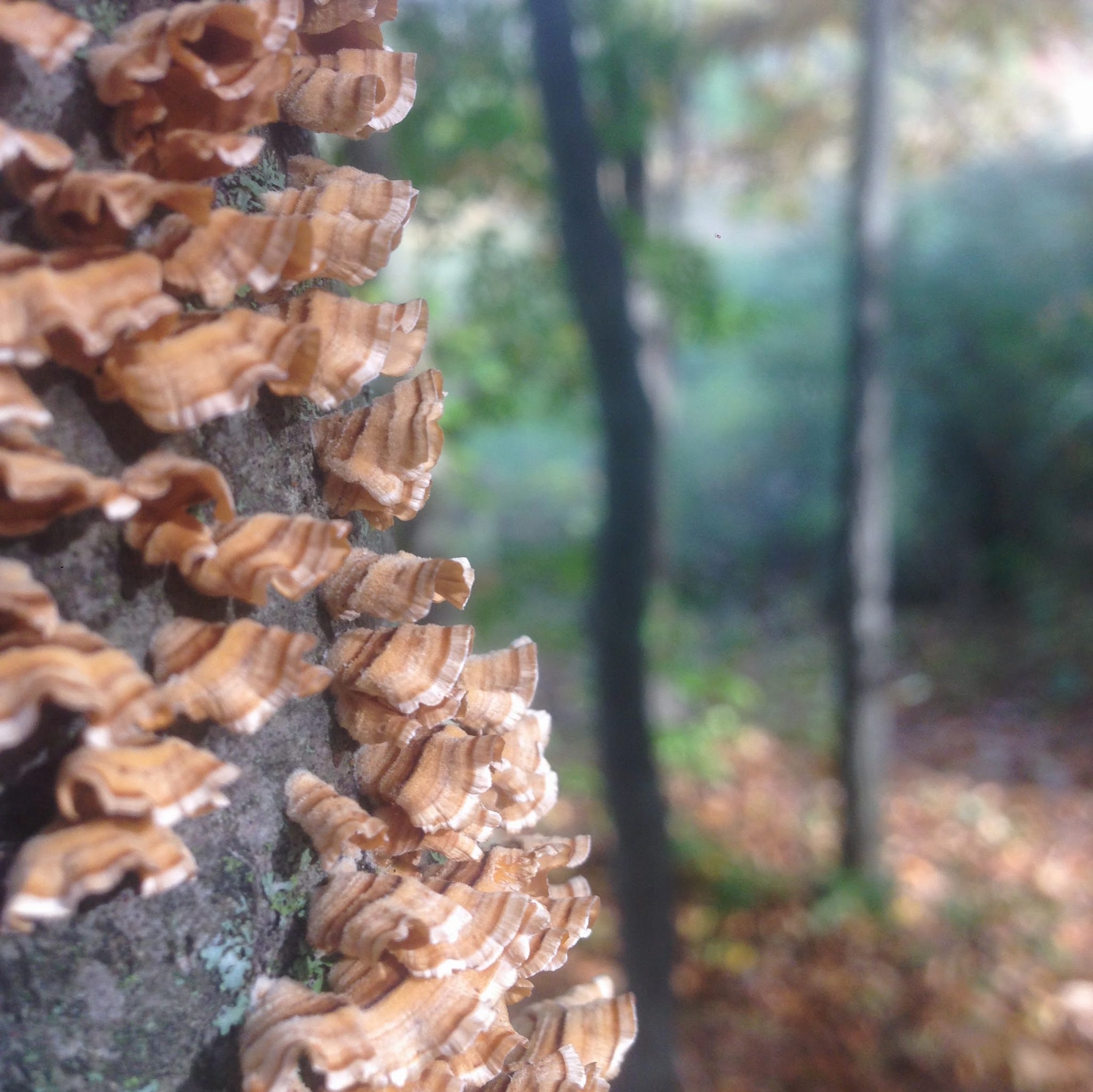 She stood still, and silent as stone, under the garage’s
small overhang.  I had to look twice to
even tell it was a hen.  Her gray coloring and curved outline made her look more
like a bowling pin.  The yard and
driveway were coated in a layer of February’s mixed snow and ice.  The eaves protected her from a steady rain as
she stared out across the driveway.

“Is that Brownie?” I asked my husband, while peering out the
kitchen window.

“Yeah,” he said, “earlier, she was perfectly centered
between the two trash cans.”

“She’s so strange,” I said in a tone of awe and admiration.

Since we fenced in our flock of chickens a few months back,
Brownie has been one of the only birds to persistently escape.  She’s one of our oldest hens, one of the handful
of chicks we bought in 2015.  A gray,
speckled, Araucana (easter-egger), she lived in our small, a-frame coop for two
and a half years before being forced to integrate with our much larger garage
flock.  She’s also the only hen we have
who sports a real and genuine beard of feathers.

I don’t know how much a chicken thinks, but her persistent
solitude and wandering captivate my imagination.  I like to think of her as something like a Desert
Mother or a John the Baptist type, led by an unrelenting urge to be alone,
exposed, in the wilds of our two-acre yard.

Outside of the flock, she has no protection, no direct
access to food or water.  She scrounges for
seeds under the wild bird feeder and drinks from the driveway puddles.  When the garage is open, she wanders it too,
but I wonder if she doesn’t sometimes sleep in the old a-frame coop where she
was raised.  The other day, I found her
sitting, happily feasting in the open corn bin in the garage.  Clearly, she has developed a certain level of ‘street
smarts.’

My oldest son and I have put her back in the pen time and
time again.  Solomon corners and herds
her in through the wide fence gate.  I
have done the same, but the other day I lured her close with a pretzel, then
bent and grabbed her by the tail feathers.
She squawked and lunged immediately, and a few seconds of battle ensued while
I struggled to get my hands around her wings.
Once her wings were tucked, she calmed, and I carried her under my arm
and deposited her unceremoniously in the coop.
I was surprised by the fierceness of her fight.  She was out again the next day.

I don’t know what that hen has to tell me, to teach me, but
I continue to watch her with admiration as she persists in holding steady, defining her own way of being in this large and lovely world.