Vulnerability & Trust in the Classroom 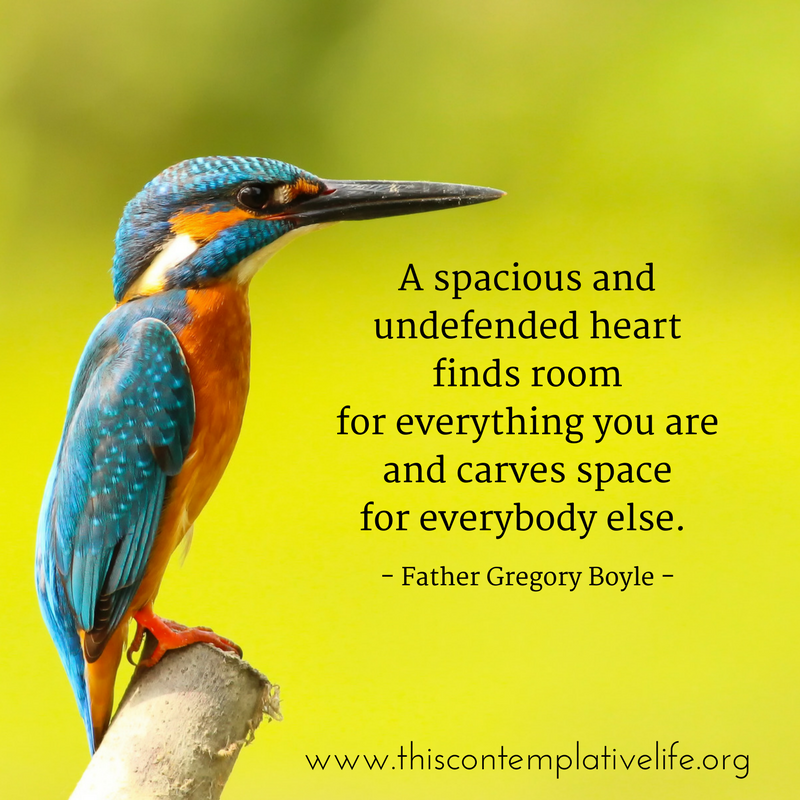 Every once in a while, I have the opportunity to teach a full semester’s worth of introductory biblical studies materials over a period of fifteen days.  This, January, is one of those once-in-a-whiles.  Which is why I haven’t been posting much here.  But I have been listening to my life, thinking, paying attention and the thoughts that follow are just a bit of what I’ve been noticing.

I said those three scary words at least twice in class the
other day.

From the front of the
room.

I can’t tell you how alarming that would have been for me
when I first started teaching college level classes.  I was fresh from seminary then, wearing the
one suit I owned.

I was too attached to my armor of rayon/polyester and
knowledge. I set up every aspect of the
class in a way that guaranteed I would know the answers to any question that
arose.  I chose the passages we studied
based on papers I’d written in graduate school – a sure-fire way (I hoped) of
ensuring I would know more about the topic at hand than any one else in the
room.

I often wondered why I felt so isolated, lonely, and
frustrated as a teacher.

This time around, some fourteen years later, I purposely
wore jeans on the first day of class.
Mostly, I wanted to feel like myself and, as someone who works from
home, I wear jeans almost every day.  Feeling
like myself meant drawing on the sense of authority I carry day-in-and day-out
as a parent, writer, spiritual director, and middle-aged human being.  Also, I wanted to lessen the distance between
the students and myself, and jeans seemed like a concrete, visual way to do
that.

First thing, on the first day, I explained that every class
would start with five minutes of silence.
This would be our way of acknowledging the presence of God which dwells
– like silence – above, below, and in-between all our words.  After silence, I explained that, because this
was their class, the first twenty minutes of every class was theirs to use as
they saw fit.  Every student has an
opportunity to submit a topic for conversation and we use silly questions to decide
who will draw a question out of the stack.

Those twenty minutes were a little awkward the first day –
and still are, sometimes – but we’ve had some laughs, heard some differing
perspectives, and even witnessed a little passion.  I like to believe giving the students some time and
space up front, is one, small, concrete way of reminding them that this class is for them.  It also gives me an opportunity to observe
and eavesdrop on who they are, how they interact with each other, and how they
think about the world we live in.  In
short, it gives me a chance to listen and builds community.

Finally, before lecture that first day, I explained that we
needed to choose a passage to explore together in class the following day.  I gave them a few minutes to think about it,
then invited them to offer suggestions.
Many offered favorite, well-known passages, but there were some random
ones thrown out too.  I didn’t even
flinch (hardly, anyway) when someone tossed out a story I’d never heard of from
the apocrypha.  After we had ten or so to
choose from, the students voted and chose Jeremiah 29.

I stopped by the library after class and grabbed a couple of
commentaries.  That night, I spent about
a half hour familiarizing myself with the context and reading through the
passage.  Mostly, I figured, we’d figure
it out together the following day.  And
we did.

Rather than worrying about the class, I looked forward to
it.  I suppose part of this is the
confidence that comes from teaching and preaching for years – a gift I’m
grateful to have found.  Under-girding my
decision, though, was the belief that what would be gained by working together,
side-by-side, was more than what might be lost by me not knowing all the
answers.

I have a great group of students this semester.  They’re older, and more prepared to handle the
course material.  Many are seniors and
already thinking about how the things they learn now will apply to life in the
‘real world.’   All of this leads to a more enjoyable class
environment.  But the thing I’m most
grateful for, is a deeper capacity to be with the students, to create an atmosphere
where those three little words, “I don’t know,” are nothing more than a fertile
starting point for conversation, exploration and comradery.