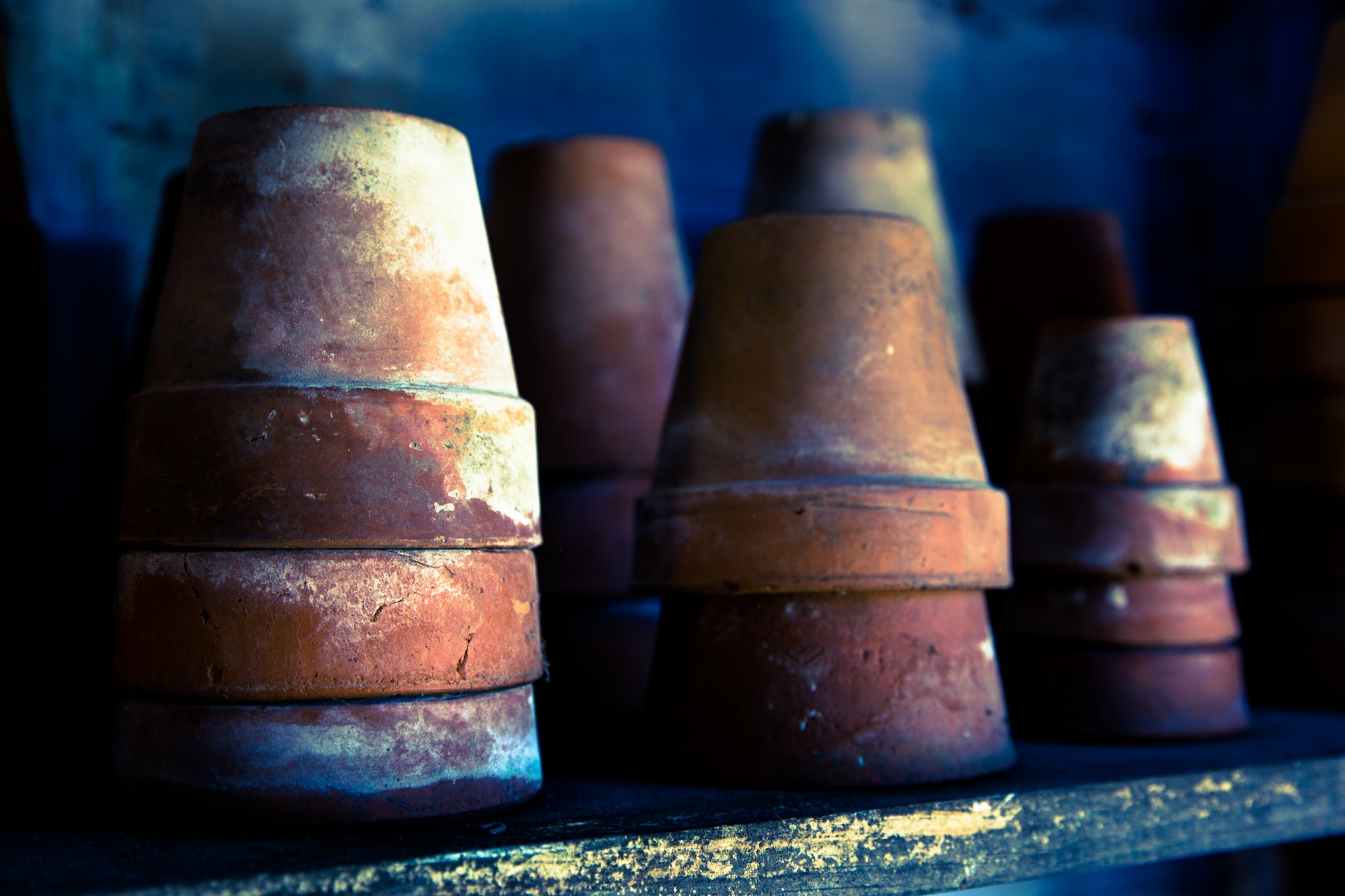 But we have this treasure in clay jars, so that it may be made clear that this extraordinary power belongs to God and does not come from us. 2 Corinthians 4:7

A petite Episcopalian priest and a divorced mother of two share one couch.  A retired history professor and editor reclines in a corner chair.  Beside him, a pastor’s wife, worship leader and self-described ‘queen of part-time jobs’ sits cross-legged in a stiff Ikea chair.  Next to her is another recent retiree, a musician and woodworker trying to get his legs back under him after a lifetime of work in the non-profit sector.

Beside me is a Grandmother with rheumatoid arthritis who works full time in the field of medical writing.  My dog, Coco, sprawls sleepily on the couch between us, circuiting the room throughout the day to give and receive her fair share of attention.

We get to know each other over the course of the morning, beginning deep and going deeper still, with each of us likely sharing more than we intended to when the day began and yet finding ourselves relieved and grateful for it.  By lunch time, there’s a general sense of excitement and conversation flows freely.

Then, in the afternoon, we share our gifts – by which I mean, the writing we’ve labored over and likely felt more than a little scared to bring to share.  One by one we pass white pages with black words printed on them, such deceptively simple dressing for expressions so near and dear to each writers’ heart.

This is when the amazement begins.

The Episcopal priest, weighted down with the church’s good work of Lent and impending Easter, labors daily on the creation of a science fiction novel.  More than twelve chapters in already, she shares hopes of adding a prequel and sequel.  As we read, a world unfolds (two planets to be exact), double-spaced across several pages and I’m amazed – not because it’s either good or bad, but because it exists at all.  And when the time comes for questions and feedback, the woman’s lovely face lights up at each comment and every critique is welcomed as an opportunity to improve, an invitation to communicate more clearly.

This is how it goes for more than two hours.  Pages passed around a circle and one by one the people in my living room are revealed to possess hidden treasure that shines and sparkles as they unveil a wide range of words.  One writes so eloquently about friendship and music transcending a racial divide, that several readers gasp and tears spring to more than one set of eyes.  Another writes a simple and sparse description of her fast from social media and we all find within her gentle words an invitation – what might we do with our hands and minds if we simply had more time?

Each story leaves us, like treasure hunters having stumbled across a rare jewel, longing for more.

“I should’ve brought all thirty pages,” the retired professor says, obviously delighted by our genuine interest in his story.

“I only just recently resurrected this novel,” the single mother says, “I’m not sure when I can commit more time to work on it.”  But we all, dazzled by the mystery woven in a few short pages, silently wish with baited breath and pleading eyes, for more.

At the end of the day, there’s a palpable sense of encouragement, as we circuit the room one last time sharing our goals and ‘takeaways’ from the day.  Although it’s a writing retreat, it’s been and always is, a spiritual experience for me.  I am left with a profound sense of honor and gratitude, not unlike that which I felt entering and leaving the hospital rooms as a chaplain.

Within the human soul is a world of depth, meaning, and wonder – a small glimpse of divinity mirrored in the human being fully alive. Not just some humans possess this gift, we all do.  I used to only see the great divide in that verse from Paul to the church of Corinth – the vast disparity between those earthen jars and God’s extraordinary power.  But, to read it that way, is to miss the point, at least in part.

Now I see it from another angle – God has placed treasure in these jars of clay and sometimes, on a Saturday afternoon in the middle of March, the moment will be just right for that glorious power to shine forth and it will be all you can do to keep from squinting at the glory revealed as sunlight dances across a room full of diamonds, a gathering of simple, human souls.

This past weekend Andi Cumbo-Floyd and I hosted our annual central PA writers’ retreat.  Sign up for my newsletter if you’d like to hear about future events and, if you’re a writer, consider attending our next event June 23-5 on Andi’s farm in Radiant, VA.