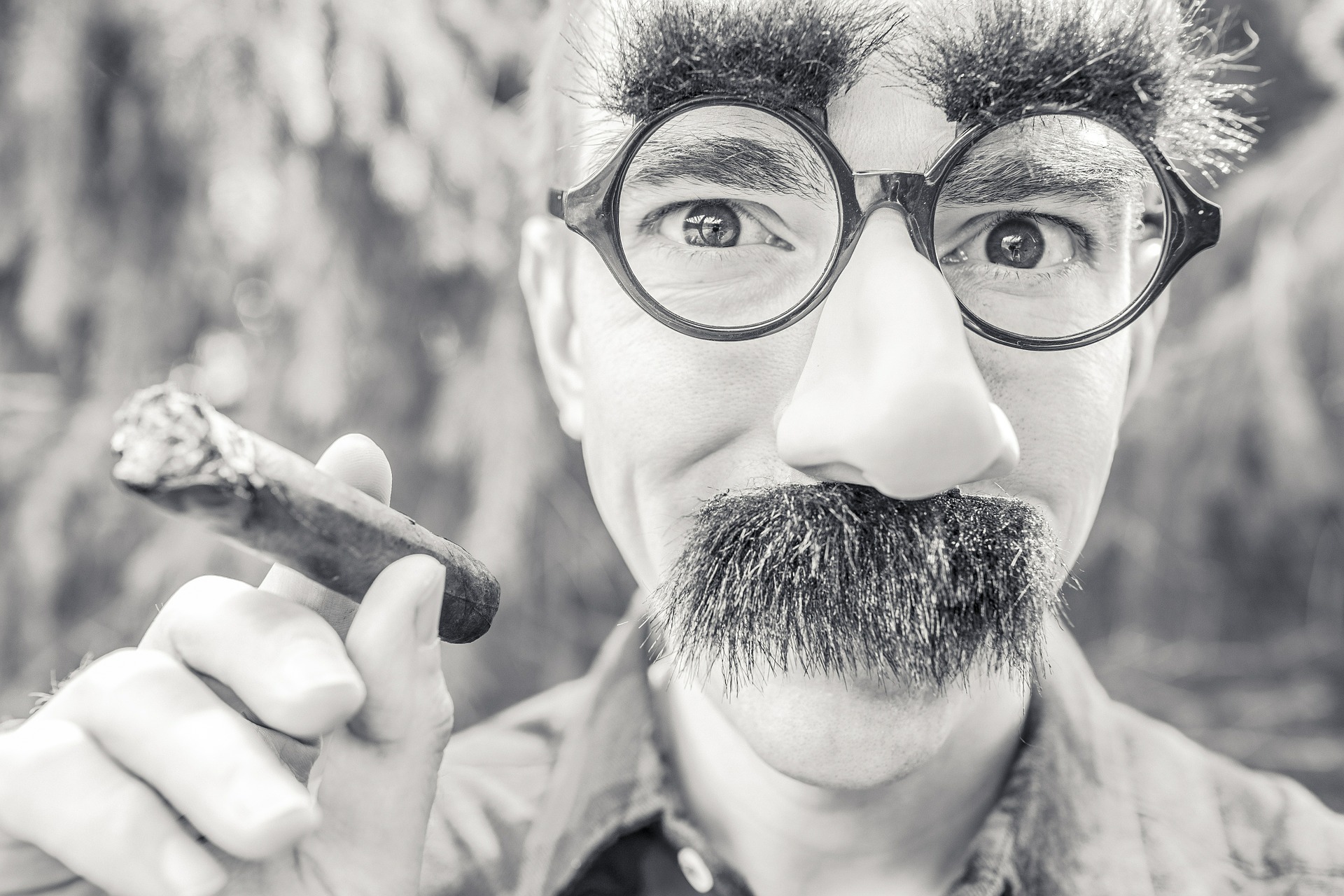 (Lately, I’ve been having fun playing with words that strike me and writing a little about their definition and use.  I love words.  This post is an old one tweaked from the winter of 2012, back when I had three littles at home and drove my oldest to school every morning.  It was a challenging time, to say the least.)

Every day, while driving
my daughter to kindergarten drop-off in a van stuffed with four children
that I’d wrestled, wrapped and carted out one-by-one, I saw him.  Sometimes it was on the way to school,
sometimes on the way back home, but always, he appeared on the edge of the
horizon; regular, predictable, like the sunrise.

I found him consistently
fascinating.

He ran along the side of
the road with a loose, loping gait.
Drooping athletic pants swayed as he pressed forward, one step at a
time, his arms bent, hands in front of him.  A hat, or more often a white visor,
and white gloves completed his attire.

But the thing that struck
me most was his moustache.

It takes a certain kind of
moustache to attract the attention of a driver passing by with a van full of
noise and need at twenty miles an hour.
Maybe you can picture it without me having to draw it out in fine detail,
but I will tell you it was brown and heavy yet, well-trimmed.

He was a regular Tom
Sellek, my mustachioed man.

Something about his
regularity, the predictability of this sighting, this crossing of paths pleased
me.

That, and his
moustache.

When’s the last time you noticed someone’s gumption or displayed a little gumption of your own?  I’d love to hear about it!