They’re Off (to Kindergarten) #SmallWonder 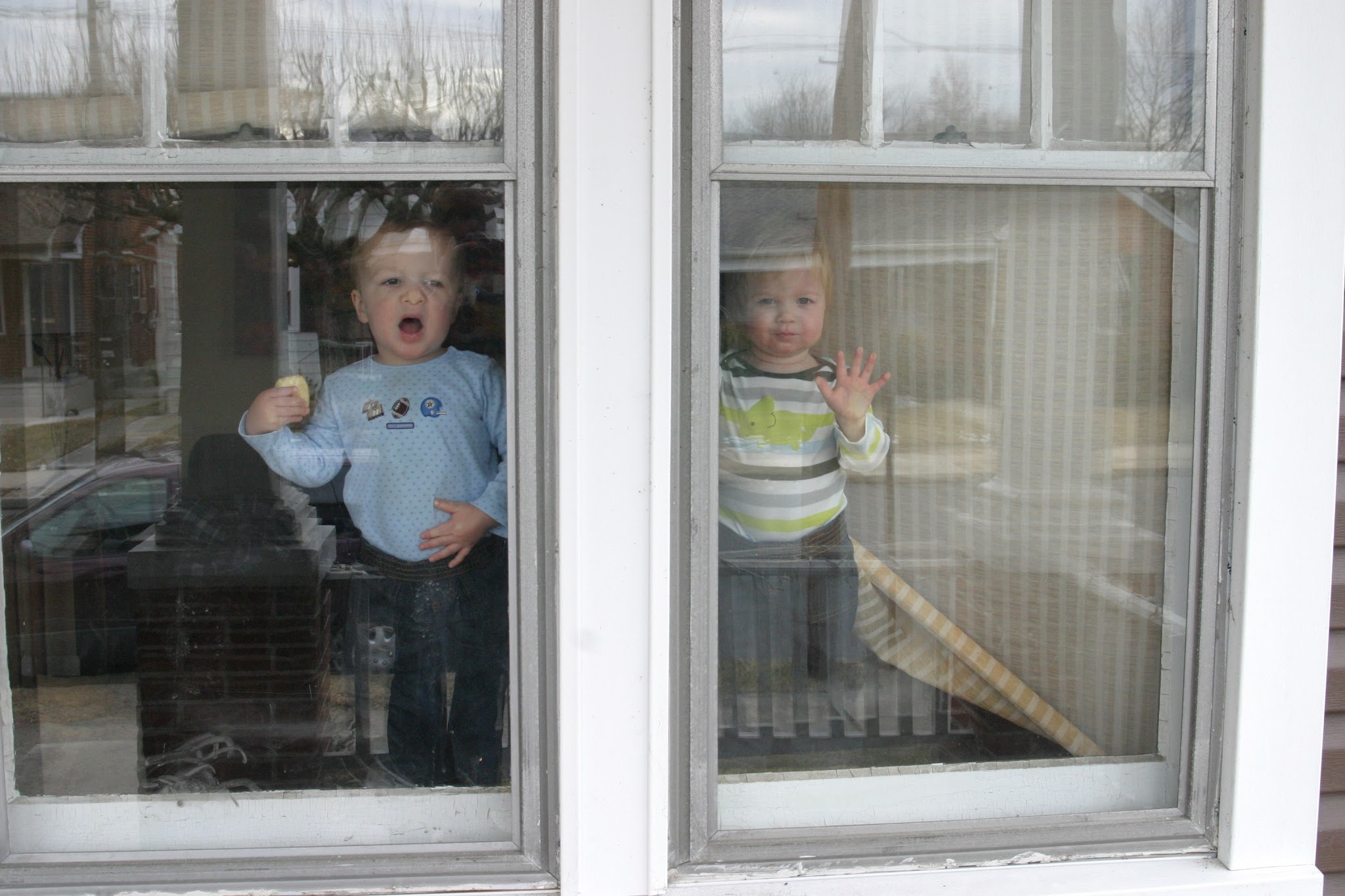 Oh my word, these two used to stand in the windows at our old house eating apples and watching the cars drive by on Franklin St.

I hear, again, the patter of little feet upstairs.  It’s 7:30 pm, a good half hour since the song
and a prayer and good nights.  But there
he is in the half-dark hallway, a taunt wire of worried little boy.  I reach out my arms and pick up his long,
strong body because that’s what Mamas do.

He gives me a wide-eyed exasperated look.  “Mom!
Do you think I wouldn’t be worried about my first day of school ever?”
he says.

He looks away and Daddy arrives at the top of the stairs to
take the hand-off and I return to helping the older two wash off the last
remains of summer.  I joke that we may
not recognize them when the scrubbing’s all said and done.

Later, when the older two are sprawled on couches and I’m
reading aloud, I hear a thump of feet hitting the floor above my head and a pitter-patter in the hallway.  Looking
up I see him squatting there at the railing.

“Remember that poem we were supposed to read the night
before school to help us sleep better?” he asks.  “We forgot to read it.”

I remembered the poems after they were in bed and thought
we’d let it go until morning.  But now
that he remembers, there’ll be no letting anything go.  Up the stairs Daddy goes again, this time
with the yellow school folder and poem in hand.
They open the folded yellow paper revealing a little bag of “magic
confetti” inside.  The confetti, the poem
explained, is to be sprinkled under one’s pillow to ensure a good night’s
sleep.

Levi scurries to his bed, shaking the little bag with vigor,
making sure to get every last piece of confetti, talking the entire time.  It works and he sleeps through the night.  In the morning, though, picking out a new
shirt to wear, he yawns and looks at me with baggy, red eyes.  “I’m tired,” he says.

In the early morning chaos of fixing breakfast, packing
lunches and sorting new shoes and shirts, Isaiah walks up to me with wide eyes.
“I’m scared,” he says, “because when we
get there, you won’t be with us.”  At the
word “you” he pokes me in the chest for emphasis.

Then the whirl of morning preparations pulls us in separate directions until I pause, putting bread in the toaster.  He approaches again, staring up at me with questions brimming in his brown eyes.  “Will there be bullies?” he asks.

Everyone’s ready a good half hour early and when it’s
finally time to go outside for the buses, Isaiah is unable to smile for a
picture.  He doesn’t cry, but his face is
a grimace of worry.

Mercifully, the bus is on time and they’re up the stairs
before I can cling to them for one last hug and a kiss.  The bus driver tells them to head to seat
four, but I call out from the foot of the tall, black stairs, “They don’t know
the number four.”

I will myself not to
climb those stairs and help them to their seats, not to call them back for one last hug and kiss.  My husband, seeing their confusion, points to
the window by seat number four and in a blink, two happy faces peak out
smiling, waving, and then they’re off.