The Social Mores of Gerbils and its Impact on Biblical Interpretation or Something Like That . . . (#SmallWonder) 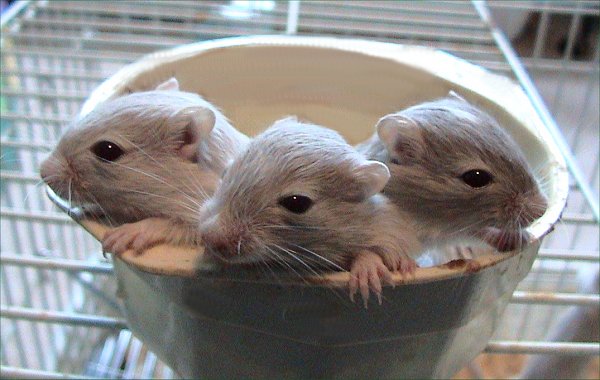 Teaching is the closest I get to extroversion, which
explains why I (a fierce introvert) bottom out after every class.
When it’s going well I have a sense of flow.  Connected to the materials I’m presenting, I
start to scat a little like a jazz singer, making free-associations, building
and linking ideas together.  Sometimes
this involves funny stick figure drawings on the blackboard, other times
not.

One day the other week I was trying to explain the
incredible social divides bridged by the early house churches.  Referencing I Thessalonians I listed,
“prominent women, Greeks, Jews and Gentiles” on the chalkboard.

“These people wouldn’t normally have anything to do with
each other,” I said, drawing a circle around the list.

The class of Sophomores stared back at me, listless,
silent.

I felt like Eugene Peterson describes in his bible study
session that led, eventually, to his ground-breaking gift of The Message translation,

his congregation from their regression
into culture slavery,

was on the table and nobody was getting it.  Sweetly smiling,

they were giving more
attention to stirring sugar into [their]

metaphor’s and syntax.  It was obvious they weren’t getting

it. (in Eat This Book:a conversation in the art of spiritual

“Putting these groups together,” I said, “would be like
filling a whole room with cats and dogs.”

But no, that example wasn’t exactly right.

Pausing, I looked off into the distance just above the tops
of my student’s heads, as I listened, inspiration came winging and landed on
the tip of my outstretched mind.

“No,” I said, “you know what it’s like?”  Excitement grew in my voice.  “It’s like putting two gerbils in the same
cage.  We got my son a gerbil for
Christmas, then my daughter wanted one so badly we got her one too a few weeks
after the first.  But, apparently,
gerbils are highly territorial.
Introducing two gerbils from a different litter’s an incredibly
complicated process.  So we built them a
joint, but separated cage so they could get used to each other’s scent and
share space without being able to fight.
But, the other day, one of the gerbils climbed over the divide and by
the time we got there, the bigger gerbil had bitten off the smaller gerbil’s
tail.  The little gerbil was running all around
dragging her bloody stump behind her.”

“It was one of the grossest things I’ve ever seen,” I
finished, with obvious delight.

The students were definitely listening now.  Many had their faces twisted, heads tipped to
the side, in a questioning manner.

“Well,” I added, backing off a little, “I guess the people
in the early church weren’t biting each other, but . . .” then I paused again
as a whole new wave of inspiration struck.

“Oh my gosh!” I added.
I was nearly shouting, “That’s exactly how Paul described it in one
of the epistles.  ‘Stop biting and
devouring one another,’ he tells them.
Yes, it IS like putting two gerbils in a cage.”

I remember memorizing that particular phrase from Paul’s
letter to the Galatians as a high school bible quizzer, but a good twenty years
passed between memorization and comprehension.
Those words floated in the cells of my brain like dandelion fluff,
letters representing ideas until one day, in front of a classroom of thirty-three
students, a concrete physical association caused them to take root and blossom
into what Eugene Peterson describes as a “pop of delight.”

Words took on flesh, ideas became image, a word picture was
formed and I was so happy, so delighted.
We moved on then to the next topic at hand, but I carried that little
“pop” of pleasure with me and feel it still today.

May this joy – the joy of discovery, of unexpected connection
and its accompanying wonder – be yours as you journey through each of your
days.  No thing is too small, too
trivial, too removed, to reach in and open the door of your heart.