Love Was His Meaning 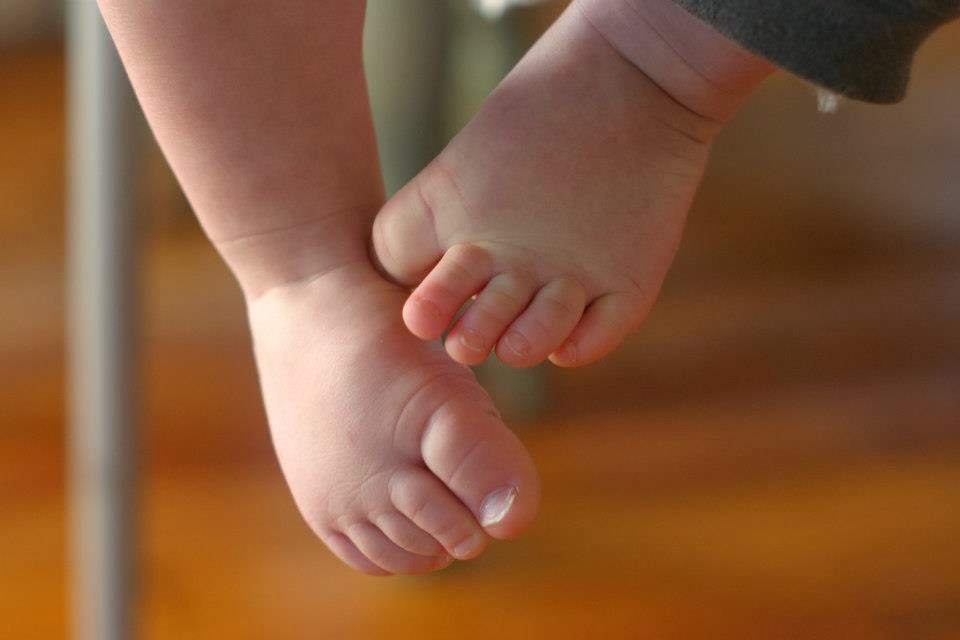 What, do you wish to know our Lord’s meaning in this?  Know it well, love was his meaning.  Who reveals it to you? Love.  What did he reveal to you?  Love.  Why does he reveal it to you?  For love.  Remain in this, and you will know more of the same.  But you will never know different, without end.” Julian of Norwich

I’ve been gone on retreat – 24 hours – away from the beginning of one day’s nap until the end of the next.  They’re ecstatic to see me, my little cherubs, their faces still red and their downy hair wet from a good, hard nap.  I sit on the couch and they perch on my lap, one on each leg.

Between gulps of juice, Levi accuses me of having gone on vacation.

“You, ta-chun?” he asks, again and again until I grasp his garbled question.

“Me, ta-chun!” he demands, in a voice ripe with the accusation of one left behind.

Isaiah tucks himself in under my arm, nestling down with his head on my chest.  Looking up, he makes lovey-eyes at me, his face spread wide with a look of pure pleasure.  I kiss his cheeks and he slides himself out from time to time, resting his cheek on his hand and gazing up at me with complete and utter adulation.  Right here, right now, he is love embodied and pure love and delight rolls off of him in waves.

Laughing, I turn to my husband, “He is so in love with me right now.  It’s adorable.”

Later in the week, I take the twins to a local green house where we eat lunch in a little cafe.  Isaiah holds his bun-less hotdog like a cigar, taking bites from the end.  Once the hot dogs and chips are gone, they move on to the bread, dipped in ketchup.

Then the game of “throw-away” begins as they clear the table of all debris, making multiple trips to the trash can a few feet away.  Their chests puff out a little more each after each trip until finally the table is cleared except for the large plastic tray.  Handing the tray to Levi, I tell him to place it on top of the trash can.  Clutching it, he throws his shoulders back and long-strides across the room.

By this time he has an audience, an older gentleman stands watching from a few feet behind.

“How sweet,” the man murmurs, before leaning in to ask about my boys.  I explain they’re twins and his response, “That must be a lot of work,” pleases me.

Then he tells me how he met his wife in 1948 and that they were friends for two years before becoming something more than friends.  His blue eyes twinkle with love-light as he talks and I can tell he can’t hear a word I say, so I listen with a wide-eyed smile.

Then he told me how they had three girls, all in a row, motioning once with his hand for each daughter and how he expected the next might be a boy.  His wife said no, though, she wasn’t having any more children and figured that three girls was a big family as it was. “You don’t want any more children,” she told him, but I could see right there in his eyes that he did.

“But they grew up,” he continued, “and got married and gave me grandchildren and now those grandchildren are married.”  He seemed overwhelmed by the goodness, the marvel of it all, the way life opens up and multiplies around us.

Now this whole time, my boys were winking and wiggling at the table, eating bread and murmuring subtle and not-so-subtle hellos in his direction.  As he turned to join his wife who was waiting for their meal at the lunch counter, Levi leaned into me, his blue eyes wide.  All serious and sweet he asked again and again, “Me hug, me hug?”

Surprised by his boldness I checked two or three times to be sure, “You want to hug him?”

“Yeah,” he replied, with a relieved smile.

By this time Isaiah had worked his way around the table, he wanted to hug too and he kept taking two steps forward, then back.

I gathered their coats and Levi’s hand found mine as Isaiah ran ahead, surprising the man with a bear hug from behind.  The man turned, surprised, delighted and Isaiah did his happy dance then ran forward again, his arms spread wide and the man bent down to receive him.

Levi hung back, his hand in mine, caught in indecision before leaning in with a hug of his own.

It was three years ago in January that we found out we were expecting twins.  An unexpected pregnancy, life interrupted times two and oh how I struggled to make sense of it all.

Julian prayed for fifteen years to know the meaning of her revelation and I’ve waited nowhere near as long, but stumbling across her words this weekend I realized that the meaning was the same.  These boys, oh, these boys, how they’ve made life open up and multiply around us. Stretching my belly, my arms, my heart, there’s no area of life that’s been unchanged, unexpanded by this love and now my prayer is this, may we never know different, without end.