You’ve Made Me Strong (Downton Gets It Right) 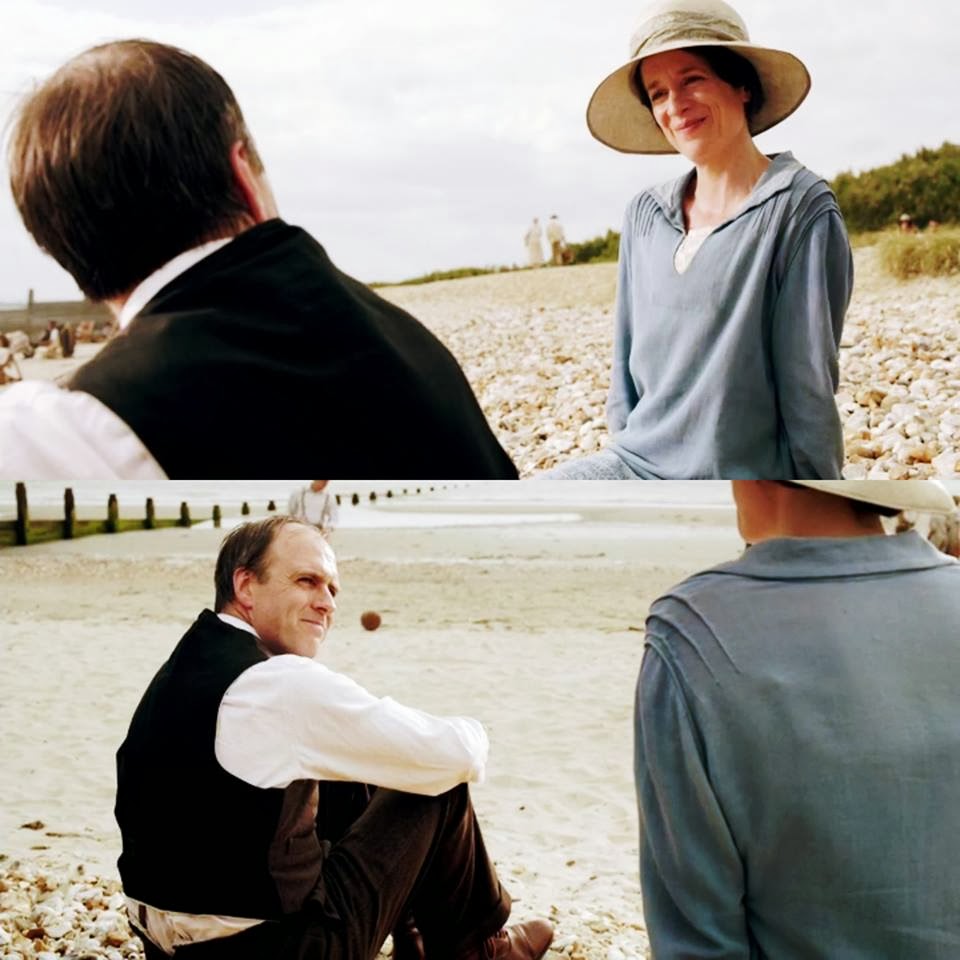 This is what we said again and again.  Poor old Mr. Molesly who always arrived with too little, too late.  Mr. Molesly who seemed forever behind the eight ball, always stepping squarely into one mess or another.  We said it just as often as we said, “Oh, Edith!” as we watched the two characters muddle through.

Julian Fellowes, the writer and creator of Downton Abbey seems to have taken it easy on us with season four’s Christmas special and season finale.  After Matthew’s tragic death last year and the horrific rape of Anna in this season’s premire, the season finale was like a beautiful present where nearly all of the plot lines were neatly tied up with ribbons and bows. So neat and pretty that it might be easy to miss this moment of sheer beauty and truth that happens between Baxter and Molesly.

I so enjoyed watching Molesly rise to the occasion this season, his strength awakening as he senses Baxter’s vulnerability.  Mr. Barrows is a man who preys on weakness and vulnerability, not unlike the gruesome Mr. Green who uses brute strength to violate Anna.  But Molesly offers another view of strength, strength that lends itself to weakness, rather than taking it to its advantage.

Don’t get me wrong, there are lots of posts about the proper relationships between men and women, both in the church, in the home and in the world at large.  But all of these conversations seem, to me, to focus almost exclusively on the age old question of “who gets to be on top.”  It’s as though we’re stuck again and again, placing men and women on opposite ends of a see-saw and the rise of one is inherently seen as a threat to the other.

Some argue that feminism makes women too strong and men just don’t know what to do, thus women must become less so that men can be more.

Others argue that masculinity is an inherent threat to the feminine and so a man confident in his own strength is only to regarded as a cause for great alarm.

I love the picture painted in this brief endearing scene between Mr. Molesly and Baxter – “You’re strength has made me strong.”

I don’t know what will come of Mr. Molesly and Baxter in the season ahead, but I’m hopeful for them as they already show the ability to “row together” as Mary says to Mr. Blake and that, indeed, is a very good sign.

What did you think of the Season Finale and the development of relationships in Season Four?