The Spider’s Sac (a story of desire and betrayal) 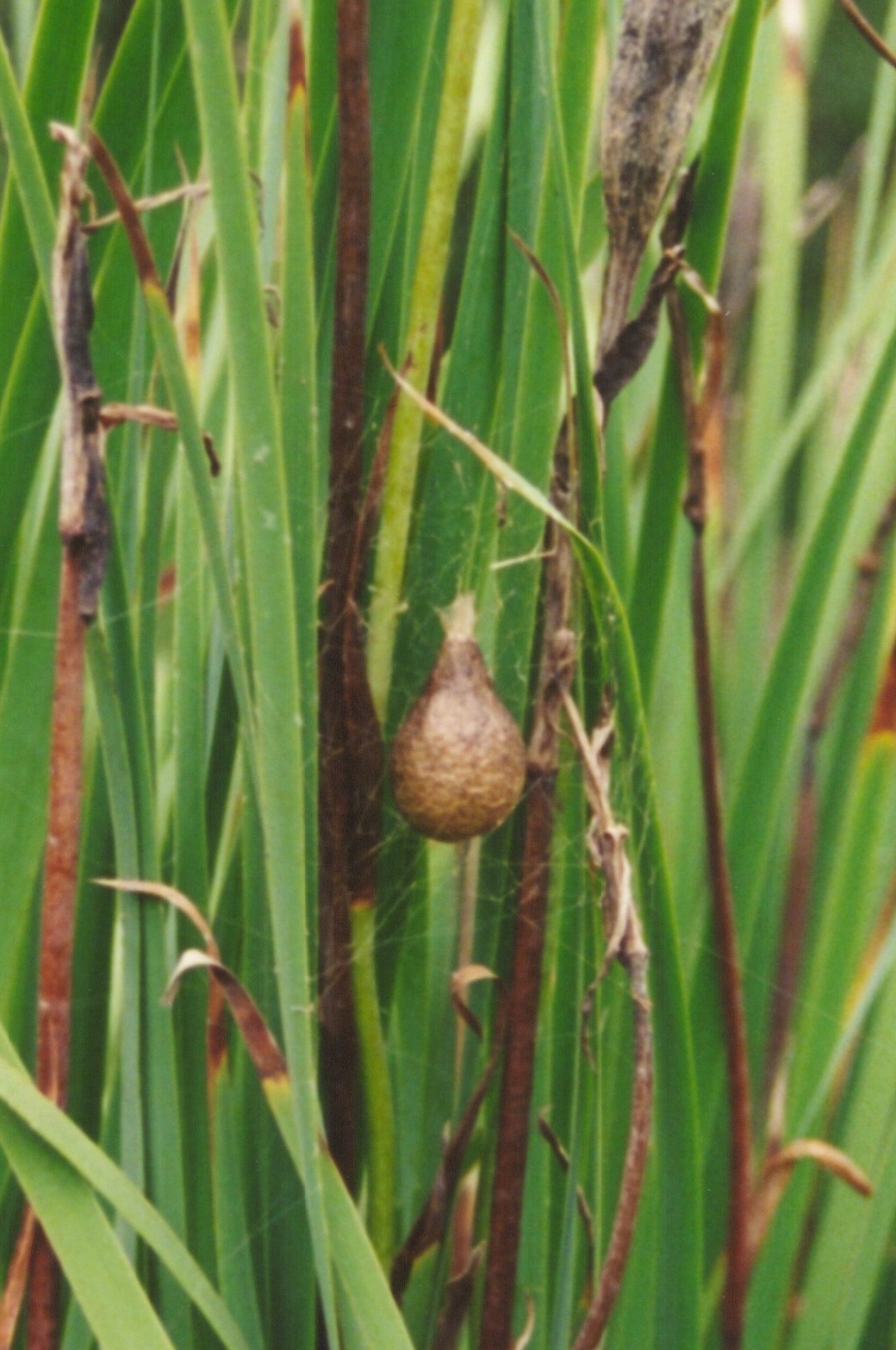 Last summer my older children discovered two large, black
and yellow spiders in our neighbor’s flower garden.  The first was heavy and round and we marveled at her girth
as she sat swaying in the breeze, resting on the zigzagging line that ran down
the middle of her web.  The kids set up their
little green, plastic lawn chairs on the sidewalk nearby so they could sit within
arm’s reach, observing her every move.  They
fed her roll-up bugs and watched as she lovingly, gently wrapped the bodies of
trapped bees and flies as though swaddling them for a long nap.

One day she appeared diminished, shrunken to nearly half her
former size, but the same in every other aspect.  We bent and swayed staring at her, trying the
view from different angles, doubting what our eyes were telling us.  Not long after that she disappeared.

A week or so later a second spider appeared in a different
spot just up the hill from the first.  Her
web was nestled out of reach in a clump of scraggly black-eyed-susans.  This one was also round and full with a bulbous
abdomen.

I took to visiting this new spider nearly as often as my
kids, so I noticed the day that she too appeared diminished, relieved of her
great girth.  This time, with a little
searching, I spied the weight she’d lost hanging suspended in its own web in
the midst of a large green and red blood-grass bush several feet away.  There hung a sphere about the size of a
ping-pong ball.  It was grayish brown and
textured – a sac of gloriously tiny spiders to be.

Visiting those two leggy creatures, I began to notice similarities between their lot and mine.

We three, the spiders and I, knew the energies it takes to tend one’s
web day-in and day-out, the work of cleaning and repairing.  We also knew the work of growing large with
life, cumbersomely large, and the fearsome task of releasing that precious new
life into the world.  The spider’s egg sac became a symbol of maternal sacrifice
and devotion for me, a symbol of the cost of bearing life.

My maternal desires and fears intersected and
came to rest there on that small cluster of eggs that hung suspended on glistening
filaments in the blood-red grass.

I was the one who pointed it out to the kids.  I suppose this was my first betrayal, calling
attention to the fruit of the spider’s great labor that she’d so carefully hidden.  My four-year-old son wanted
it immediately, couldn’t understand why it should be left alone and I felt a
fierce protectiveness rise up within me, unexpectedly.

I told him to leave it alone.

I warned him with mama-bear fierceness
without really explaining why, without giving a reason.

I didn’t say what I felt and feared, that if
we messed with the small spherical fruit of the spider’s life we would ruin it
and then the spider’s life and sacrifice would be in vain.  All of that liveliness spent, for nothing.

Here was, perhaps, my second betrayal.

In my fear I equated the value of the
spider’s life with her productivity and in so doing negated the gift of her
being.  My fears dismissed and diminished
her – the gift of her colors, black and yellow, the gift of her beauty and
patience, of her waiting and living while we watched, the gift of her futility
as she made and re-made the web each day that would be broken by evening.

The third betrayal followed closely on the heels of the
second, as though somehow intertwined.

After mistaking, diminishing the spider’s being, I then did the same to
my son.  I chose not to invite him into
my fear and longing, not to share my deep feelings with him.  Instead I laid down the law,
seeing him as a potential rebel, a threat to be managed rather than a potential
co-conspirator in honoring the sacredness of the spider’s gift.

Branded the rebel, betrayed by my unwillingness to invite
him into the mysteries of love and fear and desire the eggs represented, my son acted the part I’d laid out for him.  He did it in a moment when no one
was looking after being told not to by his mother and father, but never having
been told why.  Reaching out with his
thin arm, leaning over the blood red grass, his fingers plucked the egg sac from its web
like an apple from a tree.

Some time later I heard them, he and his sister, dreaming
and discussing the babies that would be born.
They were squatting, hunched down over the ball on the front porch,
captured in awe and excitement over what they held, glowing with a level of
praise that surely would have pleased the spider had she been there to
hear.

This I know only by remembering because I missed it in the
moment.  I was blinded by rage as I came
tearing through the screen door, accusations flying from my mouth like lashes
from a whip.  My daughter immediately
fell back on her innocence, fleeing like the disciples in the garden that night
when Jesus was handed over, wanting nothing to do with the one who was
betrayed.

The shame, the regret, were immediate.  My son cried as we laid on him the weight of
all of that life that now lay suspended not in its web, but in his dirty little
hand.  We told him what I should have
told him before, that he was holding something precious, something sacred.  All of this we, I, laid on him,
self-righteousness hiding the deeper story of my desire and fear and identity
that were all wrapped up with the spider’s eggs.

Dinner was on the table and we hurried in, pushing my son
along even as he struggled under the weight of his guilt.  We prayed a hasty thank you and started the
meal, but my son sat, downcast, un-eating, making small whimpering sounds.  My anger had turned cold by now and I wanted
him to get over it or, maybe I was already beginning to feel uncomfortable with
the weight of guilt I’d hung on him.  We
told him to settle down, let it go and eat his dinner, but he couldn’t.

Finally he said with the great strength it takes to name
such things, “I feel guilty.”

My husband and I exchanged glances.  “What do you mean?” I asked, prodding, as
though the statement weren’t clear enough, as though he wasn’t feeling exactly
what I’d wanted him to feel.

He lifted his head and looked at me, his eyes two deep pools
of brown sorrow, and I could see at once the truth of what I’ve done.  “I feel guilty about what I did,” he
repeated.

“Well, it was a mistake, we all make mistakes,” my husband
and I chimed in quickly.

“But you never make mistakes,” he replied.

“Yes I do.  Everyone
makes mistakes,” I said, with some urgency this time.

“I never saw you make one,” he countered, with caution.

My husband and I quickly started dressing ourselves down,
dressing all of us down, suddenly anxious to rid ourselves of the burden of
infallibility, anxious to be human with our children so that they can be human
with us.

His father told him, wisely, that when you make a mistake
the best thing you can do is try to fix it, so after dinner they all tromped
out the door and worked at replacing the egg sack in its web.

But ah, those eyes.

It was impossible to look into my son’s eyes and not see my own guilt as
well; see how I’d crafted a cross for
him built at the intersection of my fears and desires, how I’d hung him there
with a weight of guilt far beyond his understanding, beyond his responsibility.

We all make mistakes and I made at least three if not more
that afternoon.  But when I saw the hurt
in his eyes, I cut him down from the cross of my own making and held him to me,
gathered him up from across the dinner table, hoping my love could make it
right, even just a little.

Looking back I’m ashamed of what those spiders would think
of me, those two gorgeous creatures who had the wit, the wisdom, to care for
their off-spring so tenderly.  I realize
now that these children, these boys and my girl, are my egg sac, my precious
sphere, my connection to the future and life beyond my own small span of
days.

Lord, still my hand from grabbing, from tearing them
down.  May my words, may my love, build a
web for them in which they rest, nestled, cradled until the day comes for them
to break free and head out into the world.
Lord, help me, like the spiders, to tend to my own web, the fine threads
of love and grace that hold me here for this time; lend me the grace, the
courage to build it anew each morning.