On Being the “Bigger” Person 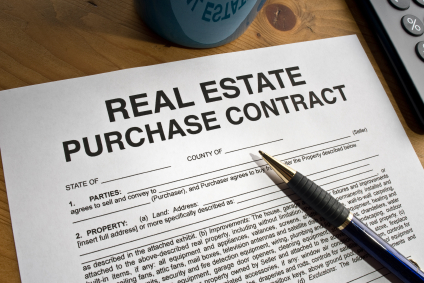 When the long-awaited email arrived it was filled with phrases like, we’ll “take care of the rest at our leisure” and “at the end of the day it’s only $150 more for them, but saves me a lot of hassle.”

Having asked the buyers of our home to split the cost of
Radon mitigation fifty-fifty, we were surprised
and disappointed at their reply suggesting we pay for the first part of the
process, which more than likely would leave them paying nothing.

I wished the realtor hadn’t forwarded the buyer’s actual email, because something about her easy-breezy attitude set me off.  Beyond being irked at the
possibility of more money out of pocket, I had a strong desire to “set things
straight” with this twenty-something who I felt was whining her way through the
privilege of planning a wedding and honeymoon while buying a new house.

Overall, we felt our offer was reasonable, but I kept
getting snagged by the emotions of it all and spent a day or more stomping
through the house rehearsing indignant phrases in my head –

Well, if she thinks
buying a house is a hassle, then just imagine moving with four kids in
tow.

Think money’s tight
with a wedding to plan? Try feeding a family of six.  and

Boy, if planning a
week-long honeymoon cruise is too much of a hassle, then give it to me – I’ll
take it.

(I also practiced these lines on my husband and a few
unsuspecting bystanders.)

My husband agreed that the tone of the email was annoying and that
our original offer was reasonable, but we were anxious to move forward and it
was hard to know how to respond.  Neither
of us wanted to be stubborn, but it just
didn’t feel right to have to spend the money.

Eventually, as I stewed my way through the living room
picking up after the kids, I found myself praying, “God, help me to be the
bigger person.”

I wanted to be the person who could swallow such a situation
whole without hesitation, downing the hurt and frustration like a Big Mac and pushing
back from the table with ease.  But as
soon as the prayer was formed, I heard in my mind the words of John the Baptist,

Being the “bigger person” involves holding on to the hurt
yourself, absorbing it like a sponge and carrying it with you in a way that
lets you show it off like a battle wound; being
the “bigger person” may involve giving in, but it isn’t the same as letting go.

I knew then that if we agreed to the buyer’s demands, I
would need to do so in a way that embodied surrender.  Because who wants to
carry around, forever, the words of a silly young girl who’s stressed about
planning some of the biggest events of her life?

In the end, we held our ground and the buyers dropped the
issue all together, so all’s well that ends well.  In the process, though, I learned how
deceptive the human heart can be – how I wanted to believe that giving the
appearance of surrender might somehow buy me the true freedom that comes only
with letting go.

Once again I was confronted by the curious math of God’s Kingdom whereby Christ takes on the weight of what we could never bear so that we could be not bigger, but free.