I’m Not Powerless (Tales of a Young and Pregnant Chaplain) 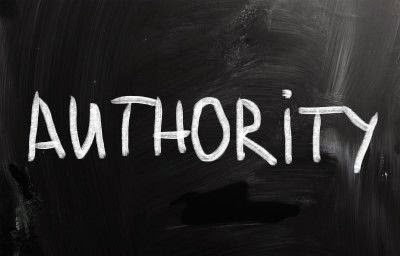 I didn’t
have a cleric’s collar, a long robe or rosary.

I lacked a
book of formal rites and a heavy, dangling cross.

Because of
this, I envied the Catholic chaplain (a priest) who strolled the hospital halls
with confidence, the concrete symbols of his authority displayed for all to
see.

I was young,
female, wearing a small collection of casual-professional attire.  Later, I was visibly pregnant, wearing an
even smaller, less formal wardrobe.

I carried a
notebook with a few prayers inside and wore a bright blue tag that said simply,
“Chaplain Kelly.”

I wanted
something to fall back on, some symbol to carry with me as I waited and prayed
with the family of the latest Code Blue or visited with the parents of a preterm
baby.

That was
early in my residency as a Chaplain at a Level One Trauma hospital.

It was
before I learned how to argue well and calmly with a surgeon, before I held
family members back from rooms they could not enter.  Over time my hands stopped shaking when
dialing the numbers of loved ones and I prayed calmly and clearly around the
bodies of the recently deceased.

By the end
of the year – when I left to give birth to our first child, a daughter – I’d
incorporated a new mantra into my thinking, “I’m not powerless, I have
authority.”

Somewhere
along the way I realized that authority isn’t held or conveyed in symbols, but is instead endowed by nature in who we are – in who God made us to be.  It’s our presence that carries authority, our
ability to rest sure and certain in the truth of our own flawed and gifted
being.  The closer we live to this center
of God’s making within us, the clearer we ring with the fullness of our own humanity.

I offered
myself to the families and individuals I met and they welcomed me.  With time I saw how, in certain contexts, the
very symbols I envied could also be barriers to intimacy.

Toward the
end of my pregnancy I was called to pray with a family whose loved one was
preparing for major surgery.  I met the
large, extended family in a waiting area and the patient’s wife, clearly
surprised by the extremely pregnant young woman before her, exclaimed, “I’ve
never seen a PREGNANT CHAPLAIN before!”

After an awkward pause I smiled and laughed and one of the grown children kindly explained that the wife was “more
used to priests.”

“Well,” I
replied, “we come in all shapes and sizes these days.”

With that we moved into prayer, our eyes
closed and my voice rising with its own song, its own authority.