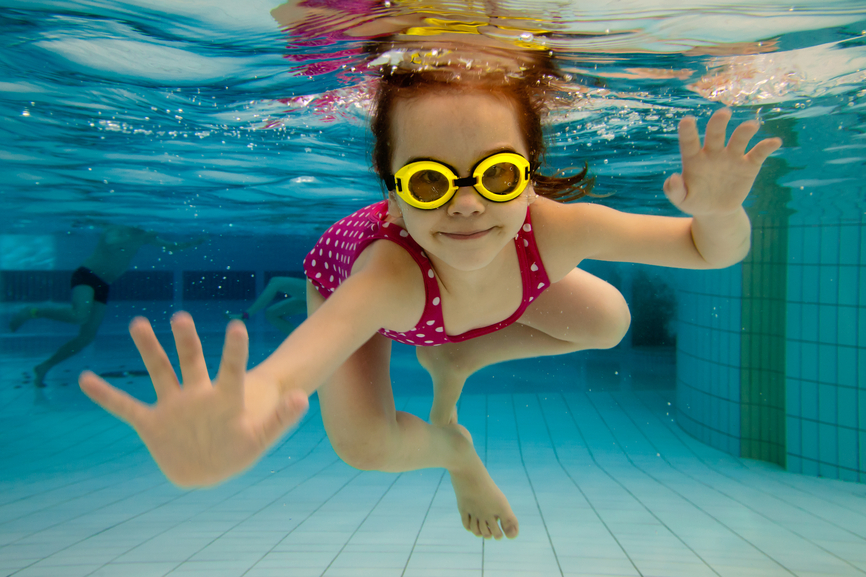 Last summer I stood watching my then four-year-old son trying to learn to float at swim
lessons.  He’s as scrawny as a wet cat,
all skin and bones with straw colored hair sticking out in every
direction.  I’m thankful for the swim
shirt that hides the sharp protrusions of his shoulder blades.  He looks vulnerable in the water and full of
fear as his teacher gently and then with some force tries to pry off one
then the other of the hands that my son has wound around his neck.

He’s on his back now, his torso cradled by the teacher, his
head at a stiff angle, tense and lifted from the water as though doing a
perpetual sit-up.  And that, of course,
is what he’s trying to do.  Not to float,
but to sit-up, get up, in any way he can to be out of the water.  The teacher coaxes, “Put your head back.  No, I’ve got you.  Relax.
No, I’ve got you.  I’m not going
to let you go.”

When his turn is over, he scrambles out of the water
clinging to the wall with relief.
Climbing and grabbing onto the side are familiar motions, but relaxing
and floating are not.  I quickly wrap his
shivering back with a towel so that he can feel himself again.

In the weeks leading up to the twins’ birth and in the
months after, I had the distinct feeling that my family and I were learning to
float in a sea of grace.  I was unable to
buy groceries or clean the house and friends came on a regular basis to
help with those tasks as well as taking our older kids to play in parks and
playgrounds so I could rest and care for the babies.  Meals were delivered to our house several
nights a week for nearly six months.

Several times during those months John or I would break down
in the evening after the kids were in bed or on a Saturday morning.  We both felt that we were constantly treading
water, that it was all we could do to keep our heads above it all.

But at the same time, in the midst of the struggle, we knew
that we were being kept afloat by a power greater than ourselves.  With time we
learned, more than we ever had before, to stop fighting it, to let ourselves
relax in the light touch of an unseen hand supporting us from below; to believe that there was more to be
gained by giving in than resisting.

On days like today I can feel myself resisting, fighting
with everything I have, to avoid the surrender.
To avoid letting go and floating again in the ocean of grace that is my
life.  I know it makes no sense, but I am
continually holding myself up, rigid and tight, drawn back from the edge,
clinging with all I have.  The grace I
must learn to live in, to float in, day in and day out, often seems so far
beneath me and, like a scrawny cat resisting a bath, I scratch and claw and
reveal myself to be all kinds of desperate to not give in.

At some point it becomes clear to me that I can’t keep
fighting like this or we’ll all walk away bloody and torn from my clawing.

“Uh, no,” God says, drawing my attention to my arms which
are, to my embarrassment, wrapped tightly around his neck.

A tiny “oh,” escapes my mouth and a small laugh at my own
expense as God removes my arms and repositions me in the water.  My eyes close tight and I try to relax.  I think I’ve got it.

“There God.  Wow, this
feels great.  Who knew grace could feel
so solid?” I ask, pleasantly pleased.

This time it’s God who laughs, a short grunt of exasperation
and my eyes pop open.  To my surprise I
find I’m clinging like a spider-monkey to the edge of the pool.

You can’t float without trust and so I climb back into the waters of grace, lean back, and do what comes counter-intuitively, all the while trying to heed the voice that says, “I’ve got you.I’m not going to let you go.No.Just relax.”