This is the first in a three part series of posts on bugs, which have ended up being a suprisingly big part of my summer. 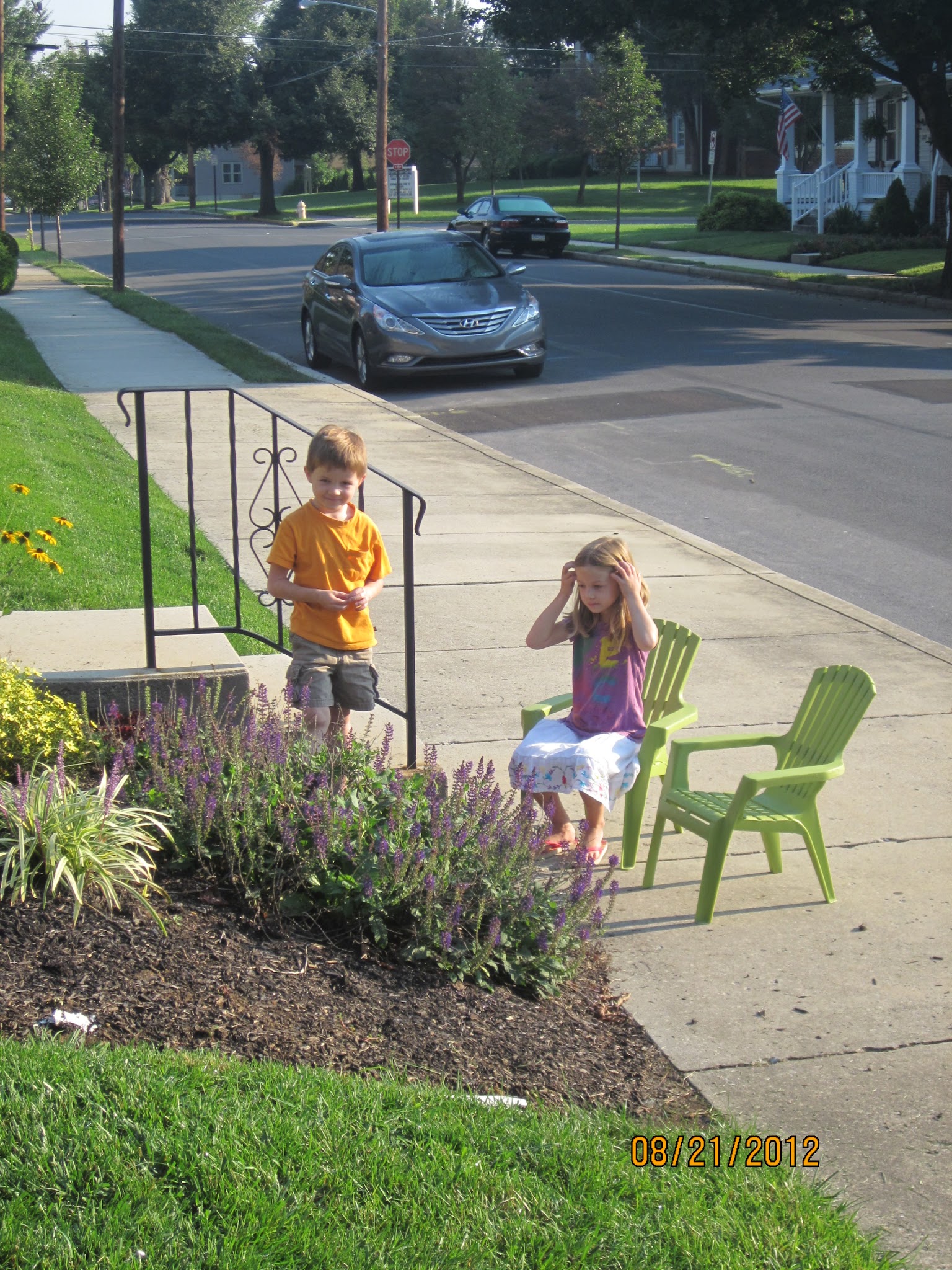 For the past five days our older kids, six and four, have set up their little plastic Adirondack chairs down on the sidewalk near our neighbor’s house, right in front of her flowering purple salvia bush.  The bush sits at the bottom of her garden looking like a large flowering octopus, its tentacles waving in the breeze.  It hums with bumblebees, swooping and stopping to seek and drink from its dainty, purple flower-cups.

My children’s chairs are set up there, every morning, like matching lazy-boys in front of a TV.  What they’re watching is a spider – a grotesquely large, beautifully black and yellow garden spider that my son discovered this past Saturday morning while my husband and I rushed in and out of the house setting up for a yard sale.

This spider, and the others bugs they’ve found this summer, have given my son a new lease on life (as though he needed one at four and a half).  Every morning, as soon as he’s awake enough to remember, he dresses himself and runs out the front door to “check on the spider” or caterpillar or whatever else they’ve managed to collect in their odd assortment of baby food jars and Tupperware.

After learning that the spider remakes her web each night, my son made plans to wake up as early as he could and wake his sister too so they could catch the spider in her own little glorious act of creation.  When this failed to work, he and his sister declared over dinner one night that they would have to become nocturnal.

They watch the spider, their interest in her dwarfing their fear of the bees buzzing round her webby home.  They feed her rollup bugs painstakingly captured from beneath our own purple-flowered cat-nip bush.  My son loads his t-shirt pocket with several bugs and stands in front of the web, perfecting his pitching arm as he works at flinging the live bugs into the spider’s net.  They come running, thrilled and shouting into the house after watching the spider wrap-up one that landed, pitch-perfect in the web.  They describe how the spider tucked it away for a midnight meal then returned to her roost sitting on the zig-zagging line of silk that runs through the middle of her web.

I wonder what that spider is telling them that they so desperately need to hear?  What is so important that they tune-in to her channel every morning with the same faithfulness with which I check facebook and email and my parents before me checked the evening news?