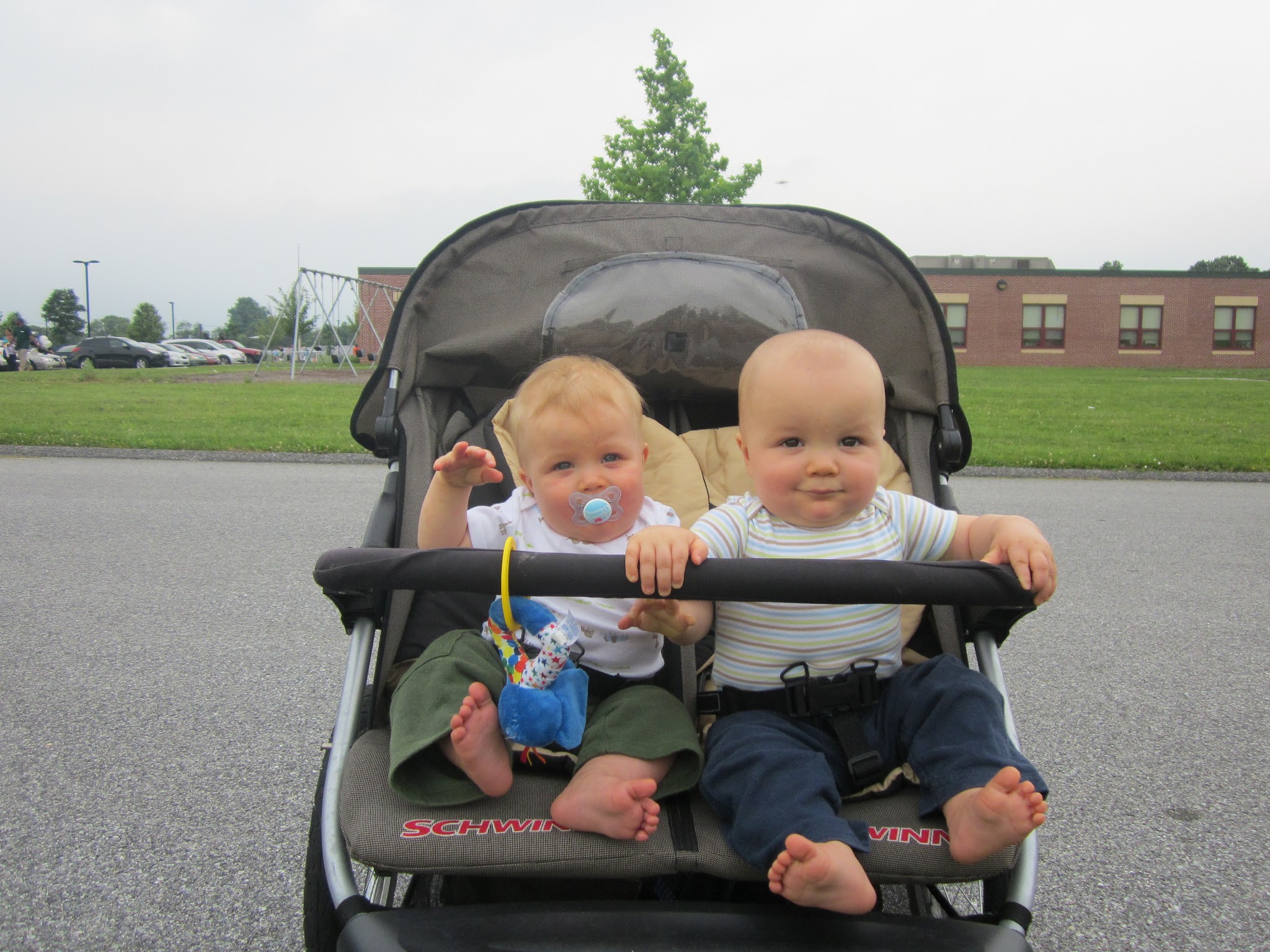 Sometimes ten month old Levi rests his little hand on his twin brother Isaiah’s pudgy thigh when they ride side-by-side in the jogging stroller.  It looks like an adorably casual gesture of affection.  Occasionally they even appear to be holding hands as they ride along taking in world around them.

People, of course, love this.  It’s probably the number one thing that people enjoy about twins and what they comment on the most.  They’re fascinated with the easy acquaintance they imagine between twins, the bond that existed from before birth.  “Imagine always having a friend,” they say or “How special, that they’ll always have each other.”

For the most part I try to hold my tongue at these remarks.  I don’t mention how desperately Isaiah enjoys pulling Levi’s hair or the deep satisfaction he finds in stealing the coveted pacifier.  How he frequently and painfully explores his brothers ears and eyes and nose with detached curiosity.  I refrain from citing the numerous times one crawls over the other, using his brother’s head as a hand-hold to get to a toy.

I’ll confess.  I love it too.  “Look, they’re holding hands,” I say to my husband.  In the early weeks we took picture after picture of them tangled together sharing a stroller and pressed up against each other in a deep sleep when they shared a crib.

I’m sure twins share a unique bond that’s deeper and more complex than I’ll ever understand.  But I also think of Jacob and Esau, Cain and Abel, and the other scores of brothers, biblical and secular, for whom brotherhood was, perhaps, their biggest challenge.

Maybe people believe strongly in the bond of twins because we so long to believe in the possibility of such relationships.  Relationships based on acceptance and love that are rooted in something beyond time and space.  Beyond the individual particularities of our lives that are so often the roots of our warring and strife.

I hope these boys, and my other children as well, grow a deep affection for one another.  But I want to remember the reality that it won’t be easy to do.  That affection worth sharing is never easy, but instead is hard-won despite the hair-pulling and competition.  And that true love is often, if not always, rooted in something greater than the self.