Mind the Gap (on crossing into a new year) 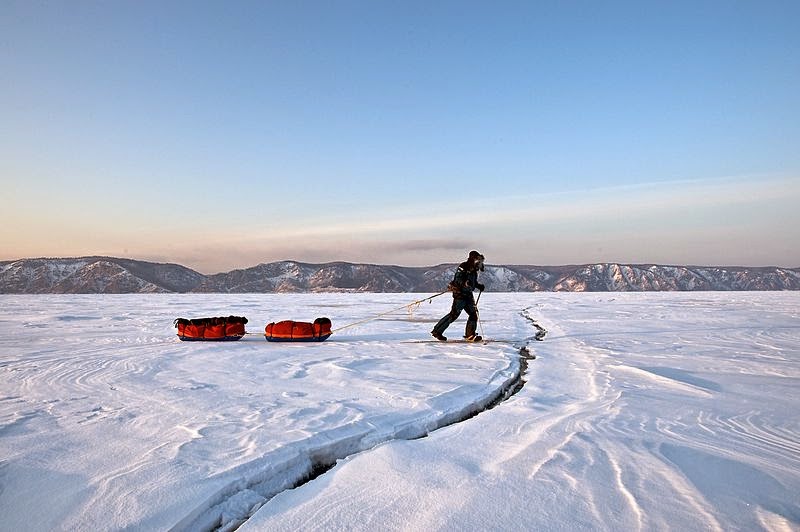 The illustrationshowed a picture of a duck standing over a crack
in the ice,one webbed foot on either side.
My son, who picked the book, exclaimed over the image on the way home
from the library and later, as we read on the couch, his hand reached out to
touch the page.

I woke yesterday
morning with that image in my mind – the crack in the ice and the duck spanning
the gap.  To me it represents the time we’re in right
now, one foot planted
forward in the year to come and one still hesitating on the edge of the one just passed.

It was the
best of years, it was the worst of years.

At the beginning of 2014 we were waiting, caught between homes and anxious to be under
contract in what appeared to be the home of our dreams.  Then the news came and we lost the house and
stayed stuck where we were for a month before “way opened” and we finally
moved forward.

The year we
left behind (2013) was filled with shadows and light and the year ahead held more of
the same.  Had I known last January how
2014 would unfold, I don’t know what I would’ve thought.  I suppose, maybe I would have been like Mary
and the shepherds, caught between a mix of awe and fear or perhaps, like the
wise men, knowing more, I would’ve taken another road home.

A prayer from the New Zealand Prayer Book closes the day with the following words,

These are wise words to carry with us as we lay 2014 to rest, as we mind the gap
between what has been and what is to come.

And yet, the
past is always with us.

It‘s the ground
upon which we stand, the compost heap that feeds the future.  To “let it be” is not to simply forget, but to
let it be what it will be, let it unfold, decompose – the good, the bad and the
ugly – into something more fertile, more useful, adding wisdom and depth,
riches to the year to come.

Two nights ago we impulsively started tearing out a wall in the bathroom.  This is the first of many steps
involved in adding a fourth bedroom to our house.  There are holes in the plaster now, gaps
revealing the things between – between walls, between ceiling and floor.  The whole project is a little crazy, a little
overwhelmingly bold and, with a hazy sense of direction, we plan to move
forward one step at a time.

This, I
think, is the best we can hope to do – to move forward, minding the gap between
what was and what will be as the New Year unfolds in ways and directions we cannot foresee.

Moving ahead, I think of these words from the late priest, Henri Nouwen, most importantly, the ones in bold,

To wait open-endedly is an enormously radical attitude toward life. So
is to trust that something will happen to us that is far beyond our
imaginings. So, too, is giving up control over our future and letting
God define our life, trusting that God molds us according to God’s love
and not according to our fear.

The spiritual life is a life in which we
wait, actively present to the moment, trusting that new things will
happen to us, new things that are far beyond our own imagination,
fantasy, or prediction. That, indeed, is a very radical stance toward
life in a world preoccupied with control.  – Henri Nouwen

May you find yourself radically positioned, friends, actively present and trusting God’s great love for you as you enter 2015.

I want to thank each of you who’ve read, commented, shared and encouraged me in my writing over the past year.  Soon, I‘ll have a few announcements about some new and exciting things coming in 2015.  I’m grateful to have the honor of journeying with you!